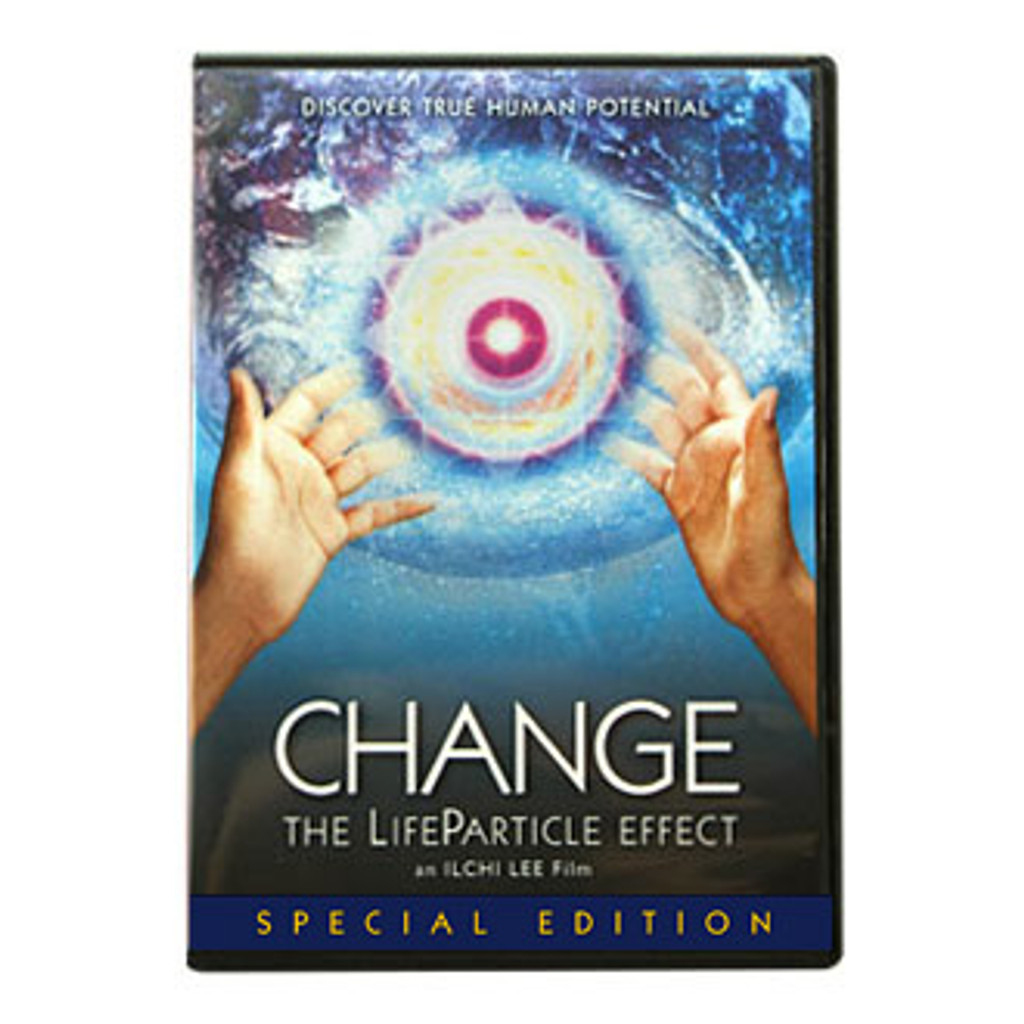 We have something to offer, an idea.
What is this idea? Everything exists as a potential. Reality is changeable. This simple perspective will change how you navigate through your life. This movie was created as a tool to inspire you. To ignite the possibilities in your life. To reach in and open your heart widely, and breathe the LIFE back into your life. By the end of the film, our aim is to help you understand your creative potential strongly enough that you feel an invincible hope for yourself and the world. We not only want to inspire you, we want to help you CHANGE!

Change is Possible.
Change: The LifeParticle Effect, a film featuring the theory of LifeParticles, offers a fresh perspective on who we are as human beings and what we are capable of. In essence, we are LifeParticles, the inseparable unity of consciousness and energy. Through this realization, you reach the very foundation of the reality that connects you to everything that exists in this universe. The film denotes that we create the world around us on a much deeper level than most realize. In fact, we can consciously create the world that we want when we realize our potential as creative observers, and train ourselves to use the inherent and often untapped capabilities of the brain. This film offers viewers a new perspective, combined with working principles, so that lasting changes can be created.
Leaders in the fields of education, medicine, neuroscience and spirituality such as Ilchi Lee, Neale Donald Walsch, and Stuart Hameroff, share their insight and techniques to effect real change in our lives and in the world. Individuals who have experienced the LifeParticle effect in their own lives share their personal stories. Enlightening new perspectives combined with modern physics and neuroscience, as well as mind/body self-help tips are fully presented in this film.

"This is an incredible film that enlightens the viewer to the principles of brain utilization, which no scientist or doctor from anywhere in the world has been able to explain." – 2014 IFFSRV Judge

"Ilchi Lee's 'Change' echoes the perennial truth that only change is changeless. Through the practice of Lee's five steps for retraining the brain and his meditation techniques, people are given the opportunity to enter the realm of changelessness, the realm that reveals our eternal being." – R. Michael Beckwith

"Applying the principles of this movie in my life was a true eye opening and life changing experience." – Julius R. Nasso, Film Producer

"CHANGE is HERE; Just when humanity needs it the most!!" – Derrick Wyatt, Art Director with Cartoon Network

"It reminds us of the Oneness of Science and the Spirit." – KC Porter, Music Producer

"I am so thrilled that the CHANGE movie brings LifeParticles to a broader audience, and makes these amazing teaching available to everyone!" – Lorielle New, Actress

$17.95
A meditation book like no other, LifeParticle Meditation provides targeted visualization techniques for waking up your mind’s abilities and making the changes you want in your life. Rather than...
View Product Add to Basket
Add to Basket

$7.65
This LifeParticle Keychain features the sacred geometry image of the LifeParticle Sun designed by energy meditation expert, Ilchi Lee. LifeParticles use the Law of Attraction to attract positive,...
View Product Add to Basket
Add to Basket

$8.40
The LifeParticle Magnet features the sacred geometry image of the LifeParticle Sun designed by energy meditation expert, Ilchi Lee. Stick this magnet on a fridge or other metal surface to attract...
View Product