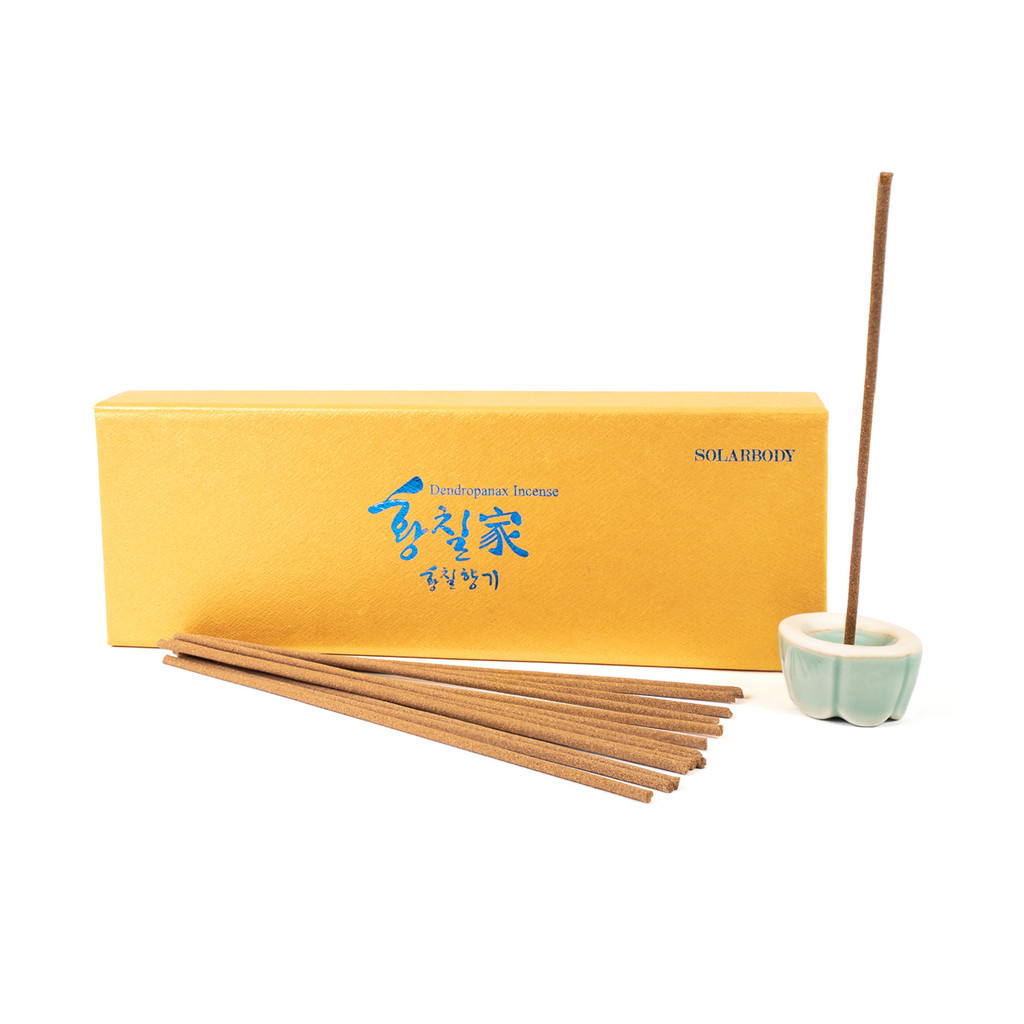 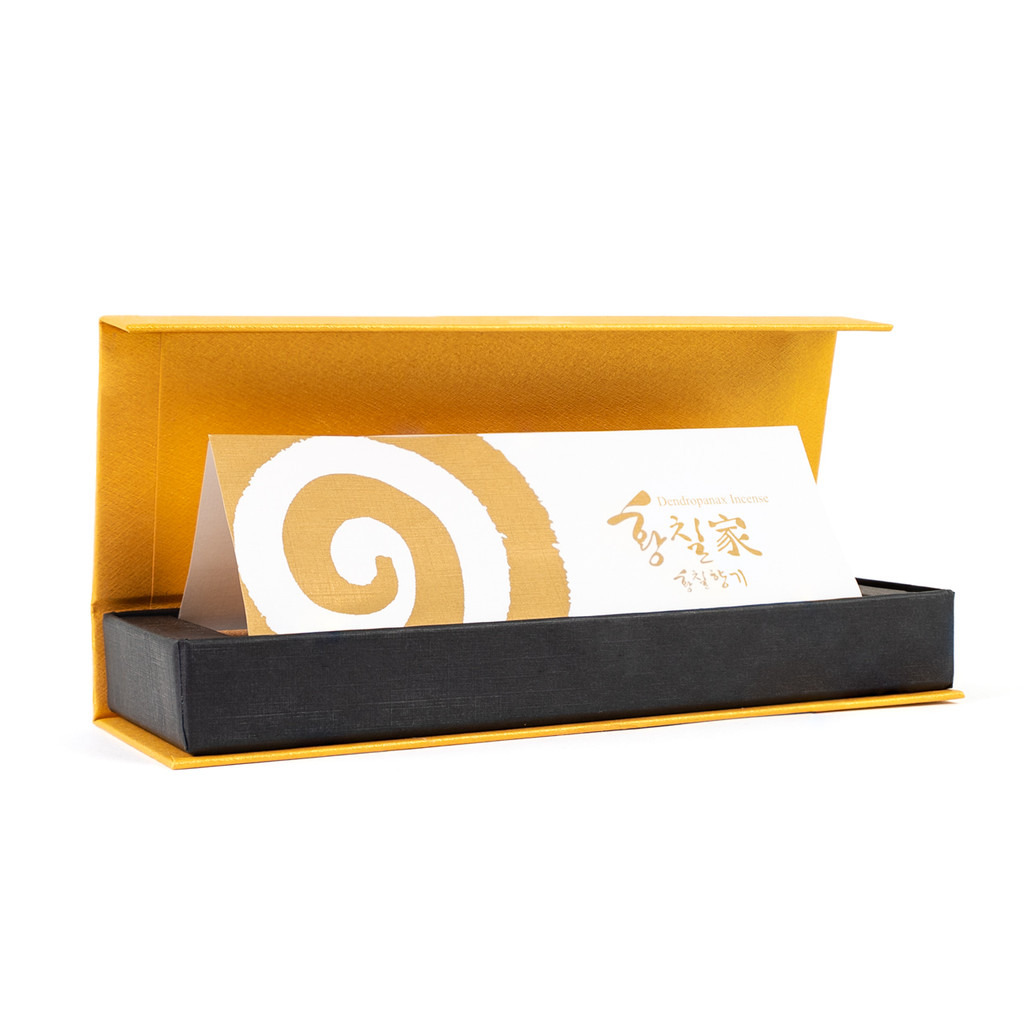 Known for it’s healing benefits, Hwangchil Incense can help you relieve stress, calm the nervous system, and gain peace in the body and mind.

In Greek, Dendro means tree and panax means panacea. Dendropanax is an adaptogenic herb and part of the Ginseng family. It is found in Hwangchil trees, which give off the subtle, delicate fragrance of Benzoin that is relaxing to the body and comforting to the mind. We source only from high quality Hwangchil trees native to the southern regions of Korea, mainly from Bogildo island.

Long ago in Korea, people always had incense burning in the room, whether they were reading a book, playing music, drinking tea, or having a conversation. They called the practice of meditating with incense as "hearing" the incense, rather than smelling it. So the act of burning incense meant to listen to oneself and enjoy the space that expands from within oneself.

Korea's Hwangchil—highly prized for its medicinal properties—has been pillaged by Asian rulers for at least two millennia. As outside forces invaded Korea, foreign rulers demanded Hwangchil be paid as tribute in exchange for peace in the region. After the Second Manchu Invasion in 1636, the Korean king ordered his people to axe down all the remaining Hwangchil trees to declare that it was no longer an item that Korea would pay in return for China's promise not to invade the nation.

Although Hwangchil had been obscured and hidden within a painful history, Brain Education founder, Ilchi Lee, has rediscovered it and wants to bring its healing properties back into the world. His goal is to carry on its legacy by finding ways to continue its original intention, which was to optimize our natural healing power.

Details
Quantity: 1 pack of 120 sticks
Storage: Avoid moisture and direct sunlight. Store in a cool area. Keep out of reach of children.

Wish it came with an incense holder!

I use this incense every day. It smells so good, and doesn&#039;t overpower my room/kitchen or linger like some other incense does. Highly recommended!

Wonderful scent, not too strong

I really love the Hwangchil incense it has very pleasant scent &amp; is light. It’s very pure &amp; not irritating for my nose &amp; eyes. I recommend using for meditation or purifying indoor spaces!

The scent is calming yet energizing and refreshing at the same time. I use it to purify my space when I need to refresh my energy or during my meditation practice.

I have been using this beautifully scented insence for years every morning. It really clears the air and my kind to start the day well. Highly recommend .

$19.94
$19.94
$16.95
This special blend of herbs is directly passed down from ancient Korean tradition to improve mental clarity and focus. By balancing Yin and Yang, Jing Kwan Incense is perfect to light at the office...
View Product Add to Basket
Add to Basket

$17.84
$17.84
$15.16
This Korean incense is made of a special blend of herbs that open the heart and raise internal body temperature to activate your innate healing power. Chui Woon means “emerald cloud.” Made from a...
View Product Add to Basket
Add to Basket

$15.74
$15.74
$13.38
This Korean incense is made of a special blend of herbs that helps stimulate blood circulation and relieve stomach pain. It also purifies the air and suppresses the growth of indoor mold.  Da Bo...
View Product Add to Basket
Add to Basket

$12.60
$12.60
$10.71
Known for it’s healing benefits, Hwangchil Incense can help you relieve stress, calm the nervous system, and gain peace in the body and mind.    What is Hwangchil (Dendropanax)? In Greek,...
View Product Add to Basket
Add to Basket